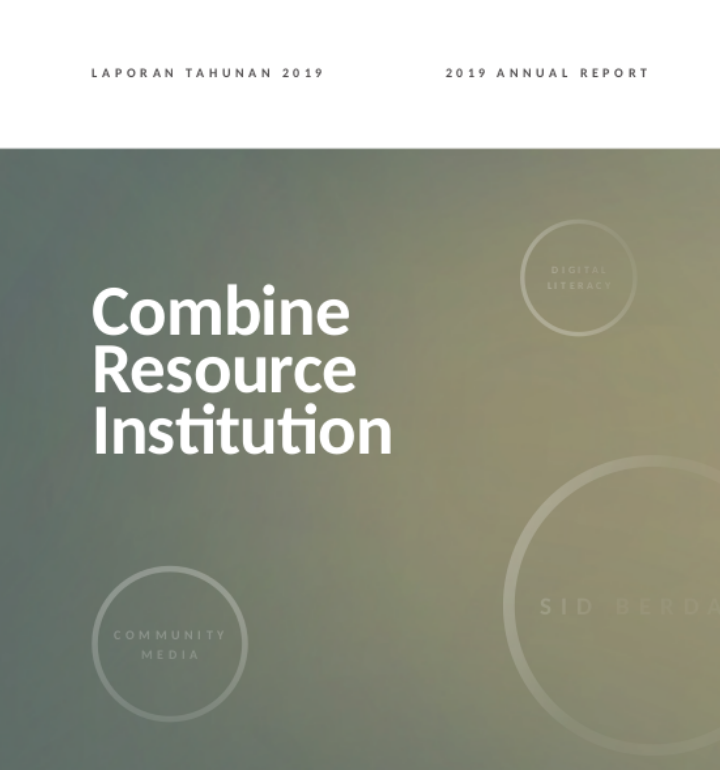 Nearly two decades have passed, yet we are still consistently encouraging citizens to be empowered by using information and communication technology. We believe that information is one of the main assets of citizens to make the right decisions for their well-being. Thus, community based information management is the foundation.

In 2019, there are three domains we are working on to strengthen this foundation: community media, village information systems, and digital literacy.

Community media is an issue that we have been dealing with for a long time, even from the beginning of this institution. In addition to strengthening the capacity for community media activists and citizen journalists, these last three years we have begun to encourage state recognition of community media as well as legal protection for their citizen journalists. We believe that even in the slightest quantity, there is still community media that really contributes to literacy and information democracy for grassroots. They really need recognition and protection, instead of being accused as one of the media that spread hoaxes.

Meanwhile, the development of the village information system application that we have initiated since 2009 has also continued to show progress. After successfully finalizing the basic concepts related to data and information governance, we began to study intellectual property rights in order to ensure citizens and the government will be benefited while minimizing the project approach for the momentary interests of certain parties. In 2018, the application that we developed had the official brand “Sistem Informasi Berdaya (SID Berdaya)”, and finally last year the application at the local level was also officially registered as “Sistem Informasi Kabupaten (SIKAB)”.

In the context of data management, we encourage the integration of data from villages with a central data system. We believe that the tagline “One Data from Village” can produce accurate and participatory data. Therefore, the sovereignty of the data remains in citizens’ hand and in line with the data governance principles set by the central government.

In 2019, the data integration model took a start. Gunungkidul Regency Government proactively proposed integration between existing data in SIKAB and two data systems in the central government, namely the Social Welfare Information System – Next Generation (SIKS-NG) and the Healthy Indonesia Program with the Family Approach (PIS-PK). We hope that “One Data from Village” can be a reference for data aggregation and integration in Indonesia for the achievement of one true data.

Oleh Redaksi
The Covid-19 pandemic has affected people and organizations in its own way. As an organization, it is not easy for us to…
LAPORAN TAHUNAN