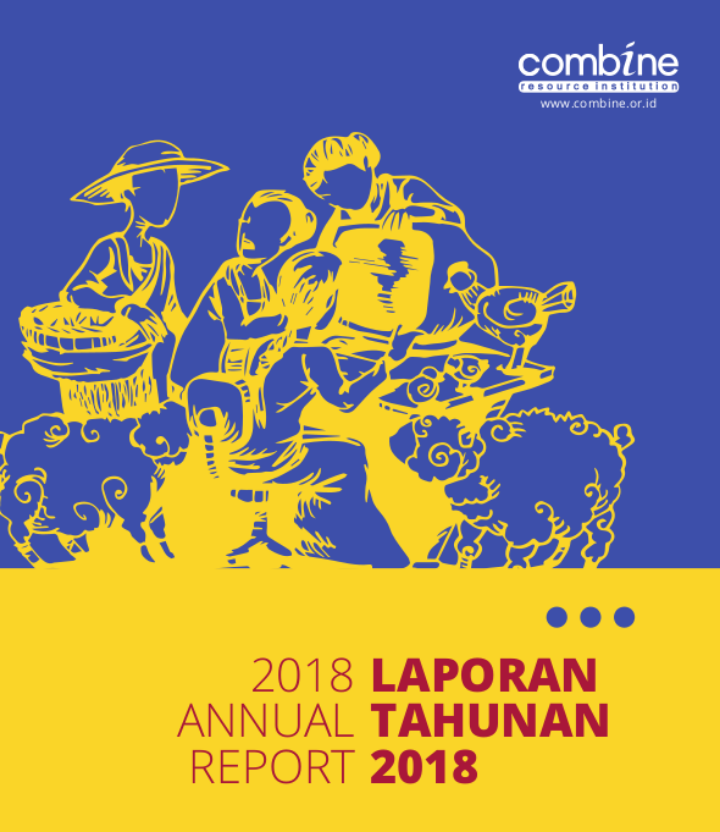 “Great things are not done by impulse but by a series of small things brought together,” said the famous painter Vincent van Gogh. This means that great thing consists of smaller things that are brought together. Vincent van Gogh’s remark might refers to the art of pointillism in which a picture is made of many small dots. However, would this short remark be able to answer the question “What CRI has accomplished this year?”

Only few people understand the CRI took when this organization changed few concepts or talking about unpopular issues. Changing the concept of Village Information System (VIS) was the process of staying true to our principal and process in realizing our program. However, this process does not come without challenge. Many parties with different interests seem to be threatened with CRI. As the result, those parties resort to “unfair play” to deal with our organization. This was apparent when we started the campaign on digital data security by questioning the transparency of sim card registration business.

Therefore, in order to realize our vision, we are committed to be consistent with those principle as the bigger picture while doing many simple and small things. For example, 2018 was the year when we organized our biannual agenda called Jagongan Media Rakyat (JMR). However, 2018’s JMR was different that the previous ones as our organization began to switch the focus from the quantity of the participant to the quality of the event.

We picked a theme which was new and unfamiliar outside the realm of media and technology which used to dominate the discussion in JMR. We also invited farmers from the coastal area, coffee farmer, and traditional snack vendors to provide food and beverages in Kampung Pangan. The point of Kampung Pangan is to move the concept of classroom discussion into an open area. That way, the participant of the discussion could mingle with the visitors who happened to listen to the discussion as well.

The theme of JMR usually resonated only with those who shared the same concern with our organization. Kampung Pangan, however, was meant to resonate with everyone in general. In the same time, Kampung Pangan was also created to test the principle of collaboration believed by the activists in JMR. They were tested to collaborate with other communities outside the circle of JMR activists so that they could work together and create more impactful movement. This innovation was not easily acceptable since most of the JMR’s regular participants had been used to conventional discussion space which was exclusive for the participants themselves. Nonetheless, in order to achieve the principle of collaboration, we did our best to realize this principle.

Jagongan Media Rakyat was not our only accomplishment this year. We also had digital literacy training for women who resides in the vicinity of our office. We believe that digital literacy is the key in facing the issues caused by the internet such as the misuse of social media by children and the article 27 paragraph 3 of Electronic Transaction Information Act that might be used to threaten the freedom of speech. By improving the women’s digital literacy, our organization has begun narrowing the gap in digital literacy. Unfortunately, the road ahead is long and exhausting yet we will always be consistent with the principle we believe.

Data integration and security, digital literacy, and information management for the public are the issues we talk about for years to come. All of those issues will be discussed in many small activities that serve as the small dots. However, as Van Gogh have said, these small dots will keep emerging to form a bigger and meaningful picture. However, our works and contribution might be known years after our demise, just like Van Gogh’s works. Nonetheless, we will be very proud of ourselves if our works are of great use for the society. Such is the way we want ourselves to be written in history.

Oleh Redaksi
The Covid-19 pandemic has affected people and organizations in its own way. As an organization, it is not easy for us to…
LAPORAN TAHUNAN