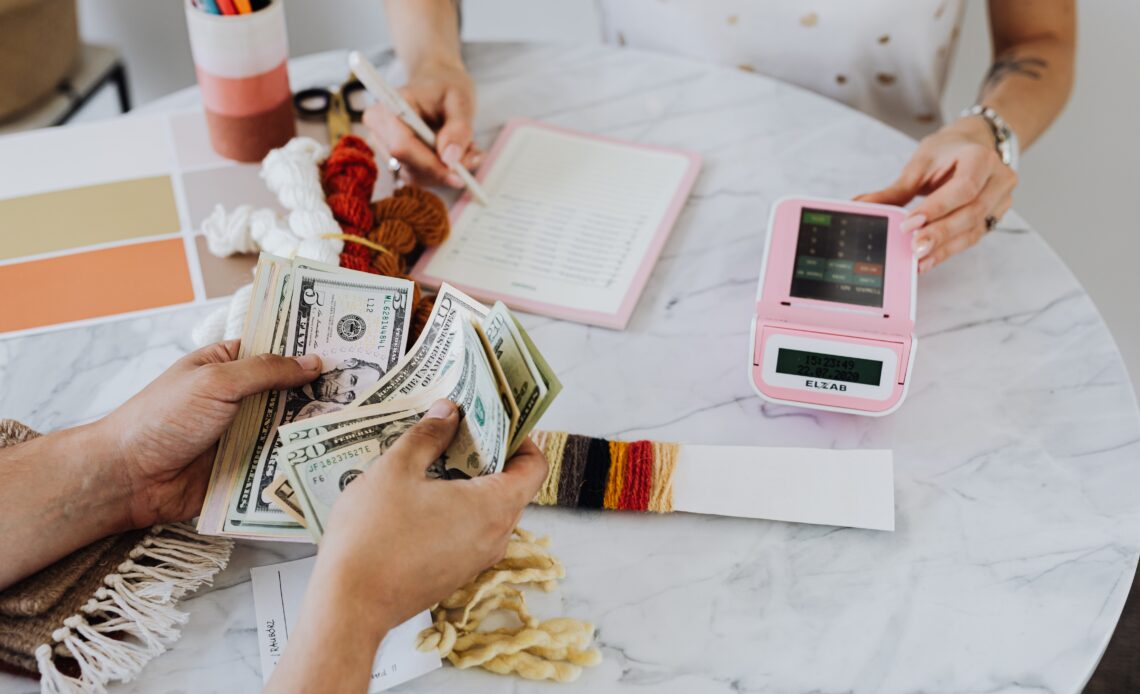 The Burden of Debt: A brief look into the rise of digital lending platforms in Indonesia and Nigeria

In the Global South, which consists of South America, Africa, the Caribbean, the Pacific Islands and the developing countries in Asia, digital lending platforms have been on a fast rise over the past decade. According to Rachael Meager at the London School of Economics, the global microloan portfolio was already worth over $102 billion dollars in 2017 and was expected to keep growing yearly.

Ever since the Covid-19 global pandemic in 2020, people’s lives have also been troubled by the resultant harsh economic downturn. For example, a report by the African Development Bank (AfDB) highlights that 22 million jobs were lost in African nations in 2021 as a result of the pandemic and that approximately 30 million Africans were pushed into extreme poverty in that same year. Unemployment, inflation and cost of living have been worsened by the pandemic; the desperation to find more ways to survive and make ends meet has also increased. With the ever-growing access to technology, more people have started to turn to loan apps to gain quick access to small and instant loans needed to sustain themselves and their families.

This article will illustrate and compare how digital lending platforms operate in Indonesia and Nigeria. It will also look into what factors led to the general popularity of these lending apps, what potential risks and problems exist for loan app users and what current efforts are being done by both governments to protect their respective citizens from predatory digital lending platforms. Because I am a Nigerian currently living, studying and volunteering in Indonesia, I decided to use these two Global South countries as case studies.

In Nigeria, the general nature of loan apps is predatory. Even those that are licensed by the government. They portray themselves as platforms where you can gain quick access to loans with no collateral except the provision of identity documents and request to access the user’s pictures, files and contacts contained on their device. These instant loan apps usually use data from the borrower’s phone such as phone calls, social media use, mobile money transactions and other relevant personal information to assess creditworthiness. The loans given are accompanied by outrageous interest rates and short repayment periods, often only a week or two. Failure to repay these loans often leads to public humiliation.

In Indonesia, the more popular method of fintech borrowing is using a peer-to-peer (P2P) method. In this system, individual lenders and borrowers are connected via an online marketplace without the need for a bank or other financial intermediary.

The P2P lending platform analyzes and selects eligible borrowers to apply for loans, including determining the borrower’s risk level using the digital data available. P2P lending is seen as an investment opportunity for interested lenders looking for a way to make some money. Typically, illegal and unlicensed P2P lending platforms have been found to harass and publicly humiliate customers in an effort to pressure them to repay their loans.

What has made digital lending grow so much?

To begin with, over the past few years there has been a rapid digitalization of financial transactions worldwide. The Indonesian Internet Service Providers Association (APJII) stated that there will be about 220 million internet users throughout Indonesia in 2022. In Nigeria, the World Bank estimated that there were about 75 million internet subscribers in 2022. This has been enabled as a result of the increasing internet and smartphone penetration all across the world. Also, ever since the Covid-19 pandemic put a halt to in-person procedures, more and more processes have turned online. More people are gaining access to the technology needed to facilitate digital financial transactions. Because there is also an increasing number of people in the digital economy/finance of things, there is also a large availability of digital data. This digital data such as the previous history of mobile transactions, battery statistics, phone settings, and call history etc. can easily be utilized by fintech companies and other digital lending entities to create alternative models needed to assess creditworthiness. The traditional requirements needed by traditional banks to approve loan requests can now be foregone due to the general availability of other relevant data to predict the risks involved in lending out money to an individual. This allows lending companies to target previously unreached populations that are normally disregarded by traditional banks and other lenders.

Another important factor that has worked in favour of digital lending platforms is the general convenience and ease they bring to their customers. With most aspects of the lending process done digitally, gaining access to instant loans is very easy when compared to traditional bank loans. There is little paperwork and uncomfortable physical interaction, long waiting periods are gone. All you need is a smartphone connected to the web and most cases proof of identity and steady income. Let me paint a scenario: Let’s imagine a 27-year-old working woman named Fatima. Fatima is the first child and also supports her mother’s monthly expenses. Imagine her mother got into an accident one fateful night and Fatima urgently needed to borrow money to pay for her mother’s unforeseen/emergency medical fees. None of her friends had the money to lend to her. Would she turn to a traditional bank that would take several weeks to approve her loan request? Of course not! Because now, she can easily get money through an online lending platform. Processes that were known to take months now take minutes. So, it is very unsurprising that they have gained widespread popularity.

Additionally, the increasingly fast pace at which fintech platforms are evolving often means that it is difficult for government bodies to create regulations or compliance standards needed to ensure better consumer and investor protections. The fewer regulations mean these fintech companies are taking on much more risk and scaling up at massive rates with little to no regulations in place to protect consumers. This enables an environment whereby lending apps scale with little to no fear of sanctions or negative repercussions. While financial inclusion does have its benefits, left unchecked and improperly supervised or monitored, these companies can take advantage of already vulnerable populations.

The Problems and Issues of Lending Apps

Mobile lending certainly does have its benefits for certain populations but it also has a lot of issues and risks attached to these apps.

One major issue that exists due to the increasing popularity of online lending is that many lending entities operate as unlicensed and unregistered. This makes it extremely difficult for authorities to monitor and regulate their operations. According to OJK, Indonesia blocked 1,369 illegal lending platforms in 2019. The previous year, that figure was already at 1,773 as of the first ten months. In Nigeria according to the Federal Consumer Protection Council, it is estimated that there are between 70-90 digital lending platforms with the exact number of illegal apps being unknown by the government. However, in March 2022 the government shut down the operations of 6 illegal platforms. These illegitimate platforms are also notorious for their outrageous interest rates and short repayment periods which most consumers are unable to repay back in time.

Another major issue with digital lending companies is that they employ unethical, unlawful and humiliating debt-collection practices. Debt recovery agents recruited by these lending companies are encouraged to employ very questionable practices when trying to get lenders to repay their debts. Tactics such as verbal abuse, harassment, and public shaming are commonly used to pressure defaulting debtors. Oftentimes, these debt recovery agents also harass friends, family members and colleagues of the lender by sending them hateful messages aimed at ruining the debtor’s societal reputation and increasing pressure on the debtor to repay loans. These agents gain access to such personal information of the users by collecting saved contact information from the debtor’s phone.

Furthermore, concerns have been raised over the outrageous data collection and poor data security practices taken on by these digital lending entities. These digital lending platforms extract digital information from the borrower’s smartphone to calculate and predict their creditworthiness. This data collection is often seen as excessive and invasive because they collect information such as messaging history, phone contacts, pictures, system phone settings, calendar information, location, web browser bookmarks and history. In most cases, the manner in which this information collected by the loan app is used to assess credit is unknown so they are left unaware of how their data is being used. Even more concerning is that these loan apps could sometimes have poor data security protocols meaning there is little guarantee that these apps can effectively protect all the data about consumers they collect. This seriously increases the danger of data breaches, leakages, attacks etc which could seriously put app users at risk.

What can be done?

There has been a general criticism that the governments of both nations (Indonesia and Nigeria) have respectively been too slow and not effective enough in regulating the digital lending industry properly. Several victims of predatory loan apps have taken matters into their own hands and joined online groups on social media like Facebook, Whatsapp etc to find solidarity in their struggles and seek help or advice. Examples of these Facebook Groups include “Komunitas Pinjol Seindonesia” for Indonesians and “Say No to SokoLoan, LCredit etc” for Nigerians. Each of these groups has tens of thousands of members, which shows that the issue of predatory apps is really serious in both countries.

It is clear that the nearly limitless opportunity to provide a variety of online services, combined with the rapid evolution of e-commerce, makes the sector very difficult to effectively regulate and supervise. Companies are constantly releasing new digital products and modifying old ones to meet rapidly changing market demands. A reasonable, adaptable, and coordinated approach will need to be employed to address the issues brought on by lending apps without having to ban an entire sector or halt digital innovation.

To close off, enabling consumer protection and digital innovation necessitates cooperation and collaboration across different stakeholders. The same purpose must be shared by legislators, lending organizations, regulatory organizations, policymakers, consumer advocacy groups and other relevant groups. A financial system that supports financial inclusion, fosters digital innovation, and recognizes legitimate business interests is the ultimate goal, while also recognizing that this should never come at the price of people’s fundamental rights.[]

Oleh Redaksi
The Covid-19 pandemic has affected people and organizations in its own way. As an organization, it is not easy for us to…
BERITA