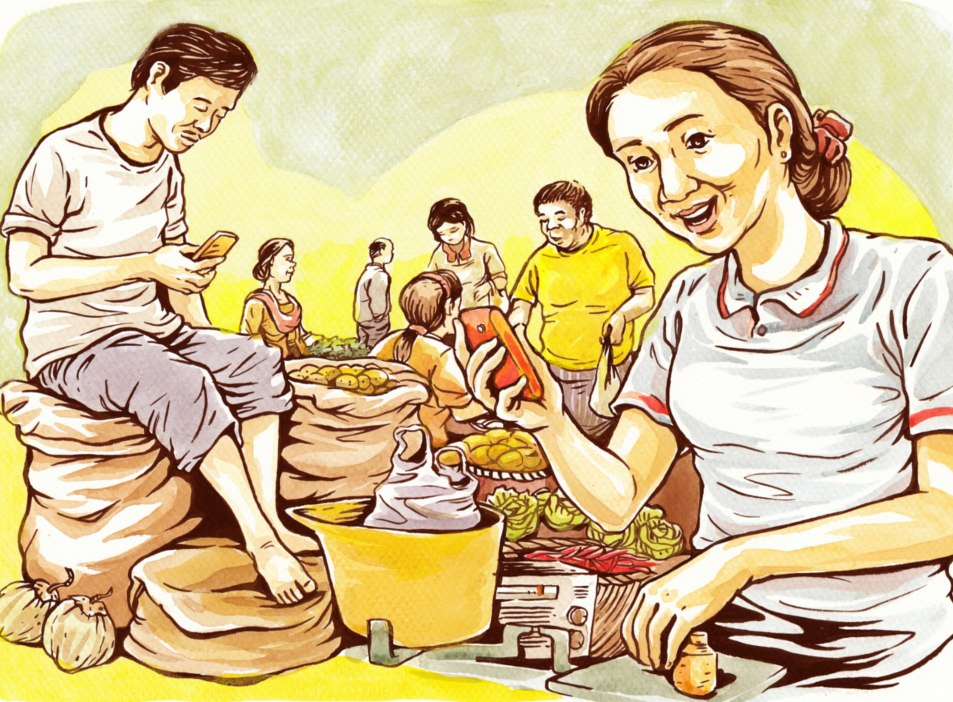 A village exists 43 km out of Yogyakarta, Indonesia that is host to one of the eight wonders of the world, the Borobudur temple (Candi Borobudur). Despite this grand tourist attraction, the people of Borobudur faces many development challenges. One solution, a small group of inspiring locals have come up with is a community radio, MGM. The station is relatively young and continues to improve its show deliverance. Community media is an essential tool for achieving gender equality. I will refer to one particular paper Community Radio and Gender Towards an Inclusive Public Sphere by Malik and Bendelli (2012) as a platform for why Borobudur need gender equality and empowered woman. This paper will first provide a brief background of MGM radio station. Secondly the paper will explore the importance of increasing women participation in community media. Thirdly the essay will explore several ways to increase women participation. Lastly, the paper will briefly discuss the importance of gender training for men.

As mentioned above, MGM is recently established and is quite young. The community radio show has been developed as a means to empower people, to deliver information. To motivate people to care about where they live, even though programs has not always been successful and they may be tired of trying. A community radio show is a means of communication that allows pioneers to get their ideas out into the village. And a chance for the villages to get their word out into the public as well. This presents a chance for people to start thinking that actual positive change can happen where they live. Community media has the potential to be a catalyst for change. The village of Borobudur has been negatively impacted by the tourism industry but MGM offers a chance for locals to make something positive happen.

The MGM team is relatively small, the members include, Ruddy Ragil, Pak Hatta, Pak Muna, Mas H. Budi Saputra, Mbak A.N. Mila, Mbak Dini, Mas Danang, Pak Anas, Pak Martinus Oi and Mbak Yanti. In this list of broadcasters and station master, there are only three females out of ten people. This needs to be addressed because to empower a community is to empower all and not just half. Community radio, grassroot, alternative and rural media is a means of communication that is operated in and by the community which produces context specific content in local language to address communication needs that otherwise remain unaddressed, (Carpentier et al., 2008 cited in Malik and Bandelli, 2012, pg. 06). Community radio is by the people for the people which requires equal participation from both sexes if the media is to be effective. Gender stereotypes need to be challenged because it is hindering development in Borobudur.

There only has to a small group of motivated people with clear goal and there is hardly anything that cannot be achieved. Grassroots organisations such as MGM give ordinary people a chance to empower themselves through participation. Participation that should be gender neutral and inclusive of gender equality. Too often gender inequality is blamed on culture. However it must stop because inequality exists in the form of a social construct known as patriarchy which is confused with culture. Patriarchy has morphed itself into the lives of people so strongly that people view it as being their culture. Hence, where patriarchy has defined gender roles for men and women; women are often and in Borobudur are subordinate, because it is normal. Women and men are first class citizens has equal rights. However, right now majority of the people who are active citizens in MGM are men. Women need to be actively encouraged to take part in community organisations and events. This is because, the gender roles are so deeply ingrained from childhood, many view this as being the norm, but it is not. Community radio allows for disempowered people to become empowered and for the minority to be heard. By increasing women participation, the radio show is broadening its capacity in many different aspects. Increasing audience, topics covered and increasing the number of empowered people. Even though, women are not a minority group, they are silenced or not valued for their opinion or ideas. Radio shows are about voices and women participation, will not only lift one womans silence but many more. One women becomes the role model for someone else, that someone else for another and so on.

Women in rural areas need to be actively encouraged and encouraged again because they lack information to differentiate between dictated gender roles and their right to access. Women need to be provided spaces such as community media, radio station, public yet safe places for them to express. Places where women are made welcome and feel adequate to contribute. Places where their opinion and values are taken into consideration. Places where they can become voices for those who do not have the same opportunity. Places that present equal time for women and men without domination by any one gender. Studies done in India demonstrated that, new information enables women to acquire awareness on their rights and on the condition of other woman, make informative choices, develop imaginative capacity about their future life, and plan group action. Through community radio they also get new skills, such as computer literacy, ICTs and reporting techniques, and the opportunity to establish new interpersonal relations. They enhance their self-perception, become confident in public speaking, interact with male officials, discuss their problems in public meetings BY engaging with in media activity they endeavour to challenge gender roles and reverse the cultural discourse according to which part of the population cannot be considered credible because their biological sex. Womens position is enhanced within the family as long as relatives understand the value of their work (which can be achieved with the acquired new information) and within the community their role as an agent of change is gradually being recognised. Also, as a result of improved knowledge of social texture and dialogue with the community, women develop the desire the work as agents of change and promote different forms of solidarity and civic engagement. Thus community radio provides to women an autonomous space for discursive interaction, deliberation and negotiations leading gradually to political participation and collective action. (Cited in Malik and Bendelli 2012, pg. 07)

The above quote articulates the potential that will be unleashed when woman are treated equally and presented with opportunities to improve themselves. Alternative media has the capacity to deliver the truth and specific content. Alternative media is the publics platform for achieving gender equality, platform for development beginnings and collective action.

Some ways that could increase women participation is to hold workshops explicitly for women, and discussing problem they face. Holding a documentary screening about the feminist movement, what the rest of the females in the world are doing. Documentaries include Girl Rising(ref), Why everyone should be a Feminist TED talk by (ref). Thereafter, discussing the documentaries and working on ways to improve the women participation in Borobudur, specifically in MGM. This can be not only for the radio show but for other community organisations, but the radio show will be where it starts. And even can lead to establishing a women only community group. The Radio should be promoted in the local high school and actively encourage girls to join, to contribute to the topics of the radio show.

Furthermore I will highlight what increasing women participation can do for a community, harnessed as tools for reversal of womens marginalisation by generating spaces for: expression of womens issues; enhancing womens equal participation in civil and public life; dissemination and exchange of authentic information and images about women; activating womens representation in development; facilitating womens alternatives for designing solidarity campaigns; and empowering them with skills and confidence to have a say in decision-making over their circumstances (Pavarala and Malik, 2007).

This would of course would not be possible without educating men in the community as well. Workshops and discussion groups need to be designed for men on gender training. To teach men that they do not dominate the world or their household, rather that it should be an equal partnership. It must be demonstrated that by involving women that the whole community only stand to gain. Nothing will be loss, only gain. Workshops must outline that women are capable and men are not the standard. Women as human beings reserve the right to be involved in their local community and have power over decision that affect their lives. Community must be democracy in order to realise their goals. Point that should be outlined are, the benefits of having their female counterparts educated and empowered are many. Better and bright futures for their children, meaningful employments for their children and way in the future, children being able to look after their parents because they have the means to do so. This is the way to end the life cycle of continued hardship and uncertainty by favouring and caring about providing equal opportunity to people despite a persons gender.

In conclusion, Borobudur village has suffered from the tourism industry. Instead of counting how many ways the village has been hurt, people of Borobudur are doing something positive on their own. MGM, community radio station in Borobudur are giving a voice to the village. MGM works to empower the people of Borobudur, dispel ancient gender roles and is pioneering towards reversing the damage inflicted by patriarchy and tourism.

Malik, K. K. and Bendelli, D. 2012, Community Radio and Gender Towards an Inclusive Public Sphere paper presented at the India Media Symposium: Public Spheres, the Media and Social Change, organised by the University of Queensland, Australia

*Lushani Wewelwela Hewage is a student from Australia who voluntering at Combine Resource Institution (CRI) in 2015.